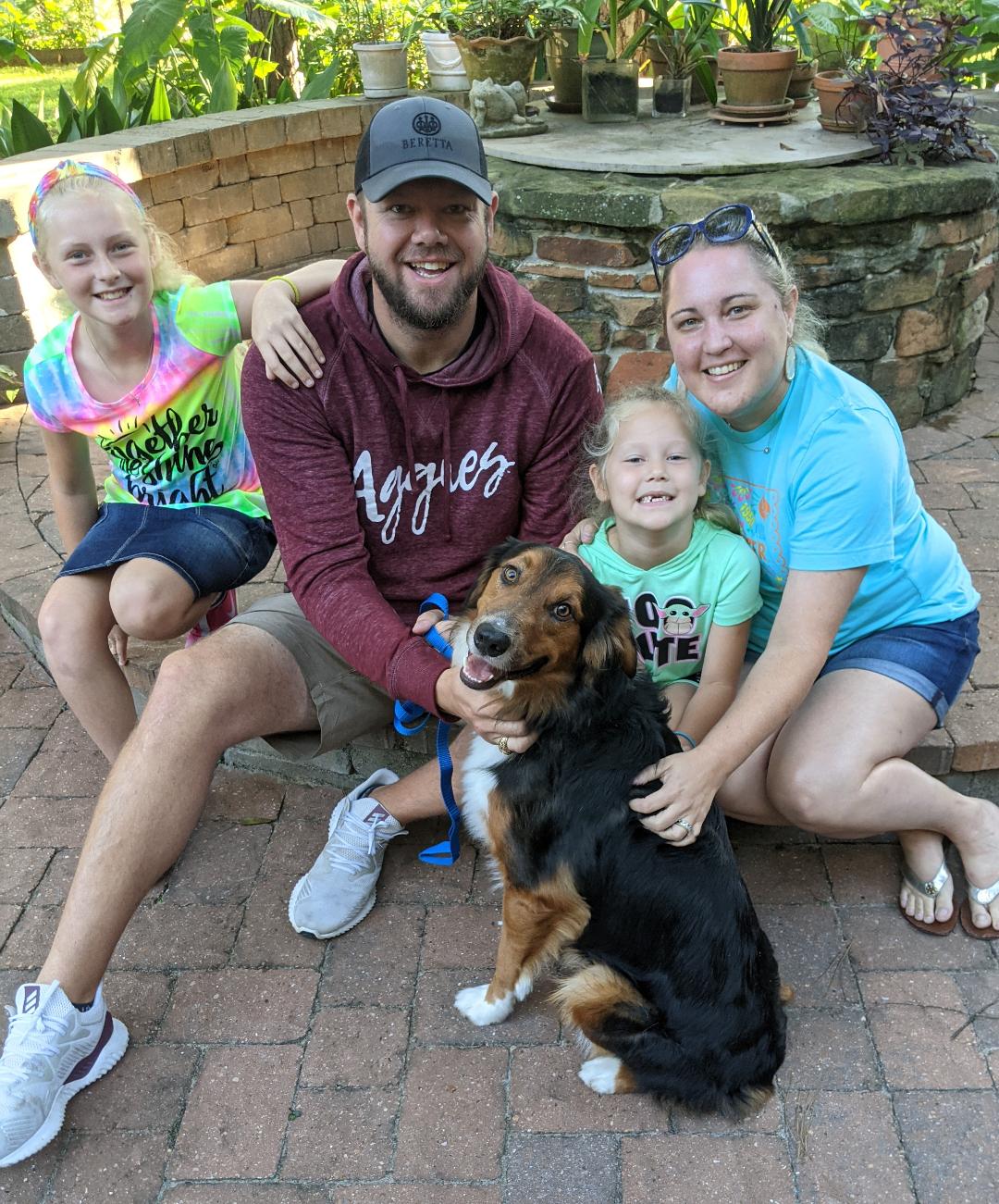 Shadow, the dog formerly known as Beast could not be further from that name.. He is a sweetheart and will make a great family dog.. He has now been adopted by a great family.. the Bradleys from Boerne.. Have a great life Shadow.. you deserve it..
Thanks to Bob and Terry for transport, Debi for the home visit and to Kristen for loving Shadow and letting him go..

Two year old male black tri weighing approx. 49 lbs. The dog formerly known as Beast is starting a new life with a new name that fits his personality.. Shadow will be vetted and evaluated by his foster home in Downtown Houston. He should be available for adoption around the middle of September..