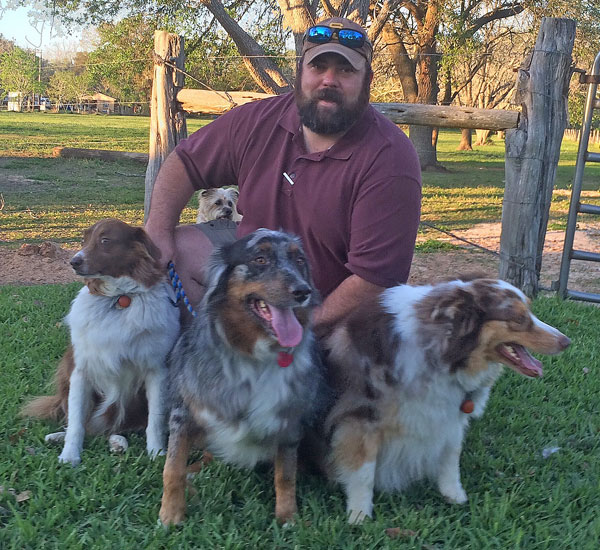 It was a lucky day for Sebastien when past adopter, Chris volunteered to pick up two dogs coming from Louisiana in Beaumont. Now “Basher” as Chris calls him will become a part of his pack including Scout on the left and Patches, Class of 2015 on the right. Even better is the fact that Patches has lost almost 10 lbs. since Chris adopted him and as we know Basher has a long way to go. Thanks to Norrie and Elaine in Louisiana and of course to John for fostering this really sweet guy.