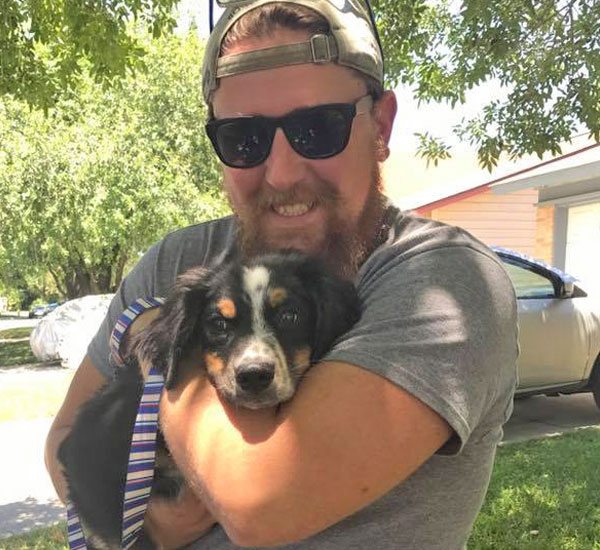 The first of our little mix puppies from MCAS has been adopted by Alex and his wife Alex drove from Galveston to pick out the one with the cute freckles on his nose. Thanks to Christine for pulling these puppies and helping with transport And thanks to Ashley and Nick for fostering (Someone needs to hurry up and adopt Kirby so Ashley won’t keep him:)

Available Krash, STAR # 1317
Krash is a little boy with a big personality! Sweet and snuggly, Krash also loves to bark and play, and bark some more, especially at the other dogs and cats in his foster home. He’s very obedient and treat-motivated, and has already learned to kennel. Krash sleeps quietly in his kennel all night, and is house-trained.

New Dog Krash, STAR # 1316
“The adventurous one” 12 week old male 16 lb. black tri puppy.. Found at MCAS.. Possible mix have tails Will be ready as soon as he has a clean bill of health Foster home in San Antonio.