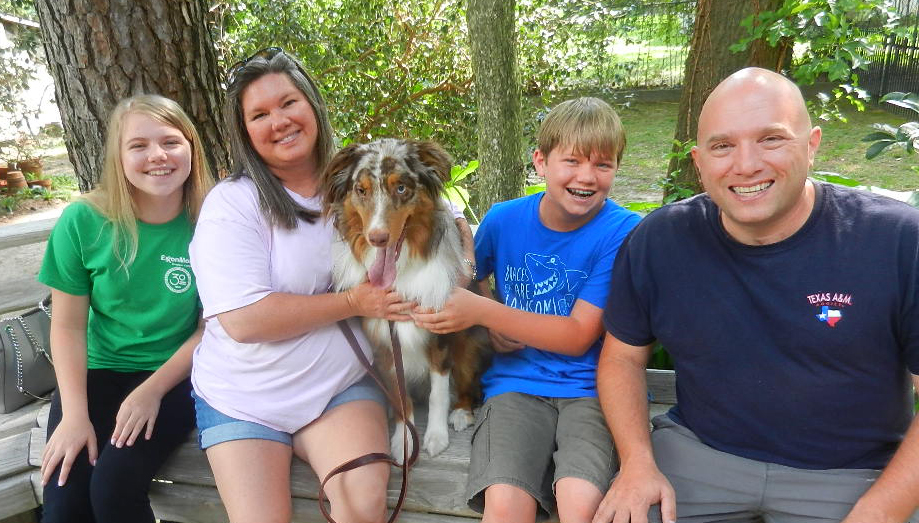 Kai came to STAR as too much dog for a small apartment. He has been adopted by Paul and Michele and their four teens. He will have a nice house, a big yard and lots of people to play with him. He will even get to go to the beach !!! Thanks to Erika for fostering Kai job well done.

Adoption Pending Kai, STAR # 1315
Over 70 lbs, red merle, 1.5 years old.. Not cut out for apartment living. Diet and training in his future. Kai will go to the vet, be evaluated for several weeks and most likely go to a waiting application. His foster home is in N.W. Houston. He will be ready around June 1.