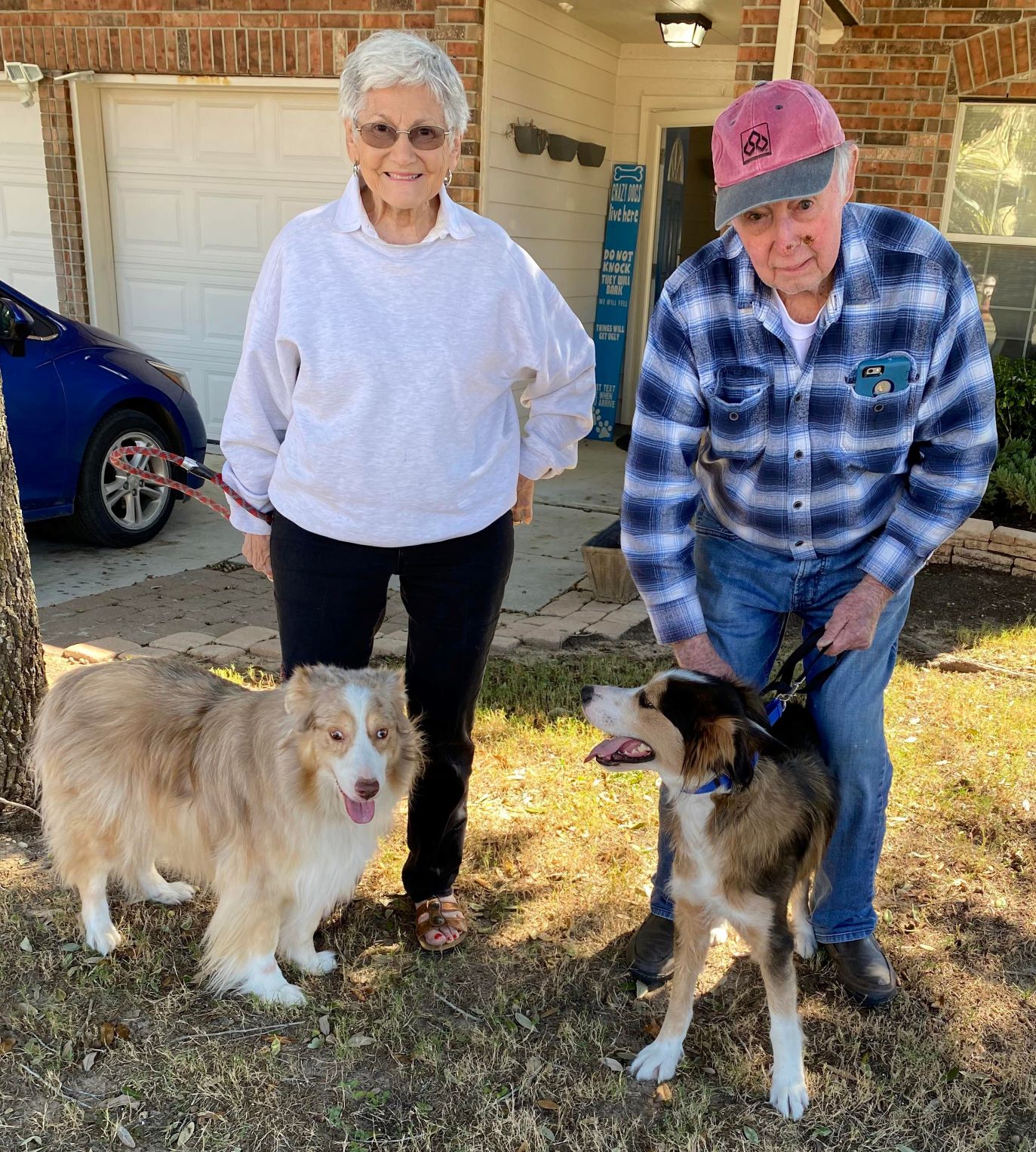 Merge has been adopted by past adopters, the Pfeifer family.. and Joey !!!  Joey aka Tag, Class of 2014, has been so lonely since his big sister passed away.. Merge will be fun little brother .. They will all live in Houston..

Thanks to Terry and Robert for transport and thanks so much to the Pedro family for fostering Merge..

Two-three year old 40 lb. (way to skinny) male sable Aussie.. Found in Waco and released to Collie Rescue who in turn contacted STAR.. He will be vetted and evaluated in Schertz and should be available for adoption around the middle of October..