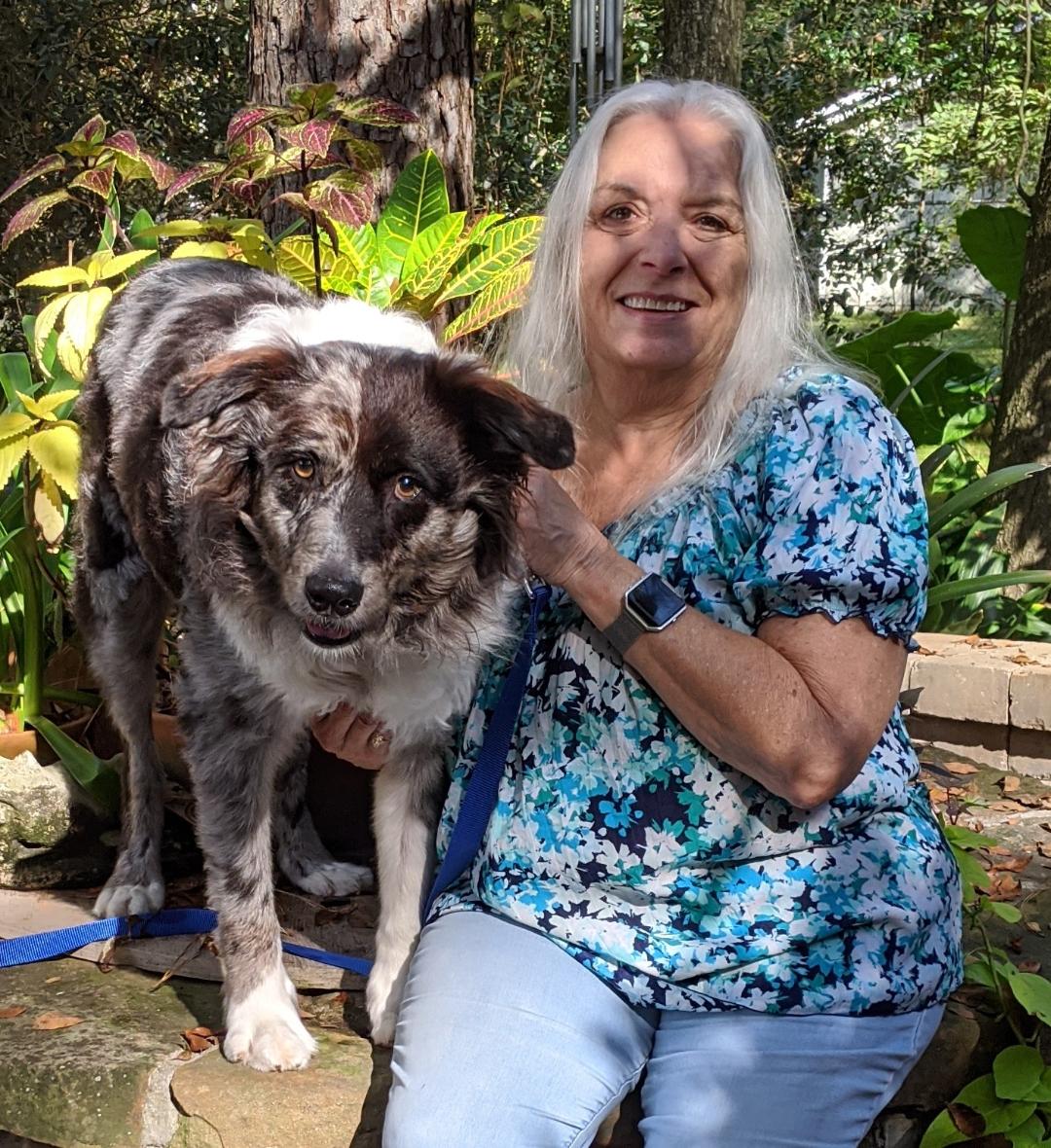 Nancy and Jesse are looking for the same thing.. a lifelong companion. Jesse’s days will be very different from the ones he spent in a backyard.. We are so happy they have found one another.. Thank you to Gaylene for the home visit and to Terry and Zee for fostering this sweet boy..

From his foster dad:

“Jesse is a seven year old, blue merle, who weighs 65 lbs and still dieting to lose a little more weight. He has a unusual split-face mask in his coloring.  He has made the transition from a country dog to his new city life and he likes it just fine laying up on the couch or the cool tile floor with the a/c.

Jesse is fine with other dogs, strange people (after his initial bark) and small children. He walks on the leash without any problems and obeys verbal commands very well. He follows me around much of the time when we are outside.   Jesse loves to ride in the car,  At times when excited when getting to go, he will jump his front feet off the ground like he has springs under them.

Jesse is house and crate trained, but there is no need for it, as he has the run of the house 24/7.  He does howl if we leave, and I mean howl with his head thrown back, but then he waits patiently for us to come home and is so excited to see us, he curls his lip and smiles for you.

He is not an overly active dog and doesn’t require a lot of exercise/activities to keep him happy.  He has much more of a companion-type personality with lots of love and affection to give to his new adopters. So come get him, he’s waiting just for you!”

Jesse’s foster home is in Houston.. He is neutered, current on vaccinations and microchipped. Jesse’s coat was so badly matted he had to be shaved.. use your imagination to see what he will look like in two months.. If you would like to meet him, please go to the website, read about adoption and submit an application.. If you already have one, write to us through the Contact Us.

Blue merle male .. 7 years old and at least 70 lbs.. One of two dogs pulled from a backyard.. We will know more after the vet visit.. He needs to lose 20 lbs. His foster home is in the Heights.. He should be available the first of November.. if he is HW -…UPDATE:  Jesse is heartworm neg.