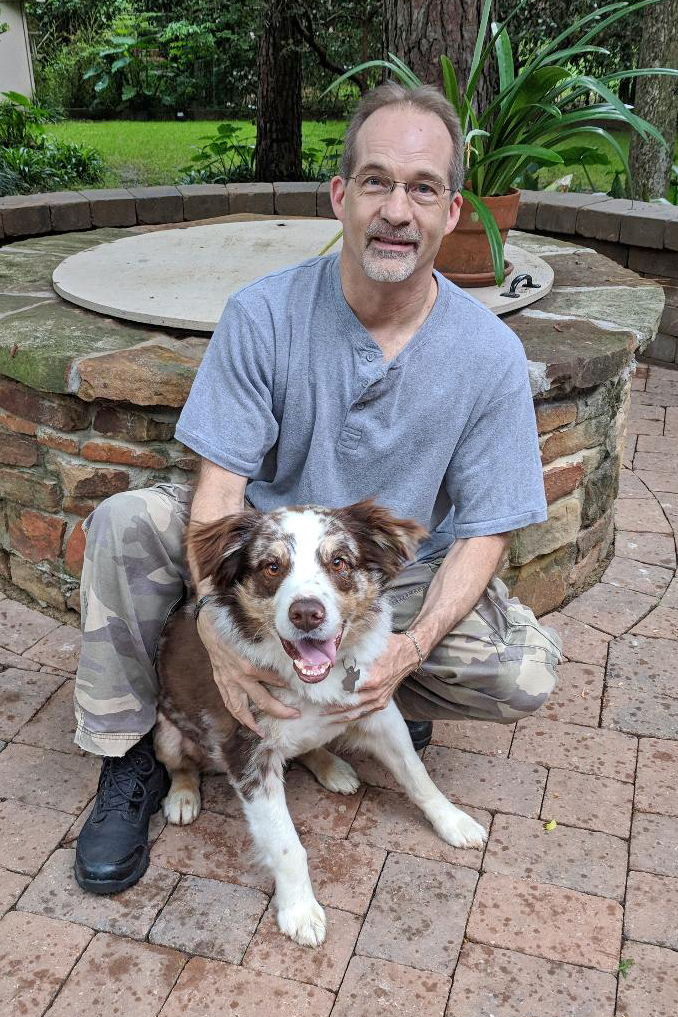 Reggie was found at BARC with multiple puncture wounds. After weeks of vet care, he is doing great with only a slight limp remaining. He is a beautiful big vocal boy that his foster home could not let go. So he will spend the rest of his life with the Boyer family. Thanks so much to Edith and Michael for picking him up and fostering him initially and then of course to the Boyers.

This boy was dropped off at BARC and is covered in infected puncture wounds. Close to seven years and 60 lbs. He is heartworm negative and now neutered, current on vaccinations and chipped. As soon as his drains and sutures are removed, he will be evaluated and fostered in the Houston area. He should be available sometime near the first of May.

UPDATE. Ishmael will be adopted by his foster home when his treatment is complete.