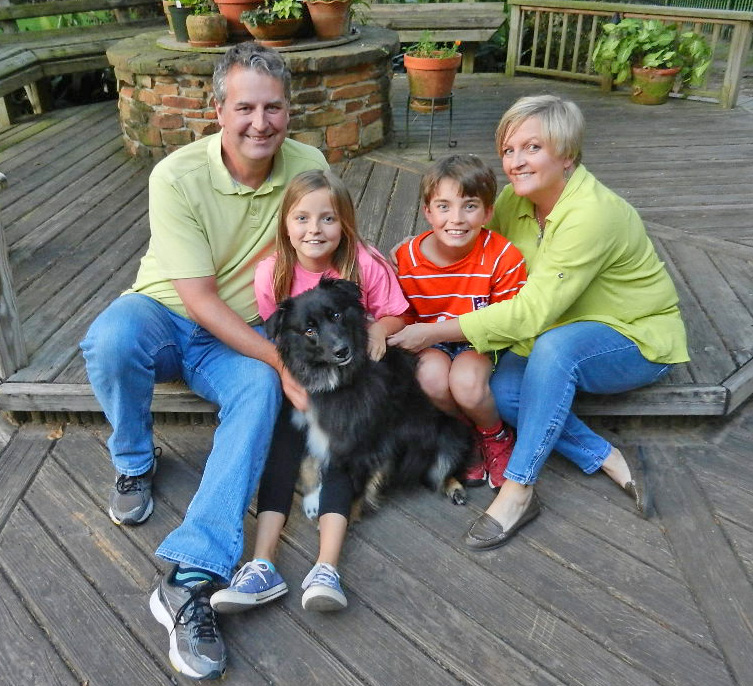 A super sweet boy whose owners realized they didn’t have time for will now be the center of attention. He has been adopted by the West family of New Braunfels. Thanks to Meagan who did a great job with her first foster dog.

Adoption Pending
Harley is a 10-month-old black tri boy that weighs approximately 45 lbs. Here is a note was written by his foster mom about Harley.

“Harley Black is the sweetest boy. He loves people and loves to play with other dogs at the dog park (he’s good with both big and small dogs). He knows the basic commands “sit”, “down” and is having a little trouble learning “stay” but he’s still just a puppy. He is also crate trained and houses were broken. Harley Black is surprisingly calm for being a young Aussie. He’s perfectly content lying down at my feet while I work on my computer at home. He’s also great on a leash! He is afraid of moving vehicles, so it’s best to keep him away from walking on busy streets. He would do very well in a home with another pet. He plays well with my other dog, but at the end of the day, he’s more interested in getting attention from me.

Harley Black sometimes likes to jump up on adults when he greets them indoors, but he’s doing this less and less. At the dog park, he was fine and even let small children walk up to him and play with him. He won’t chew on anything around the house, but he does seem to chew whatever is left in the crate with him. But he’s fine when left home alone outside of the crate. He LOVES to be outside! He definitely needs a home with either a yard or an owner who will take him on walks/to the dog park often. He absolutely LOVES to cuddle and snuggle up with whoever is willing to scratch his belly… he is the sweetest and most loving dog I’ve ever met!

Harley’s foster home does not have children or cats so he is untested with either.

If you would like to meet Harley, please fill out an application. His foster home in downtown Houston.