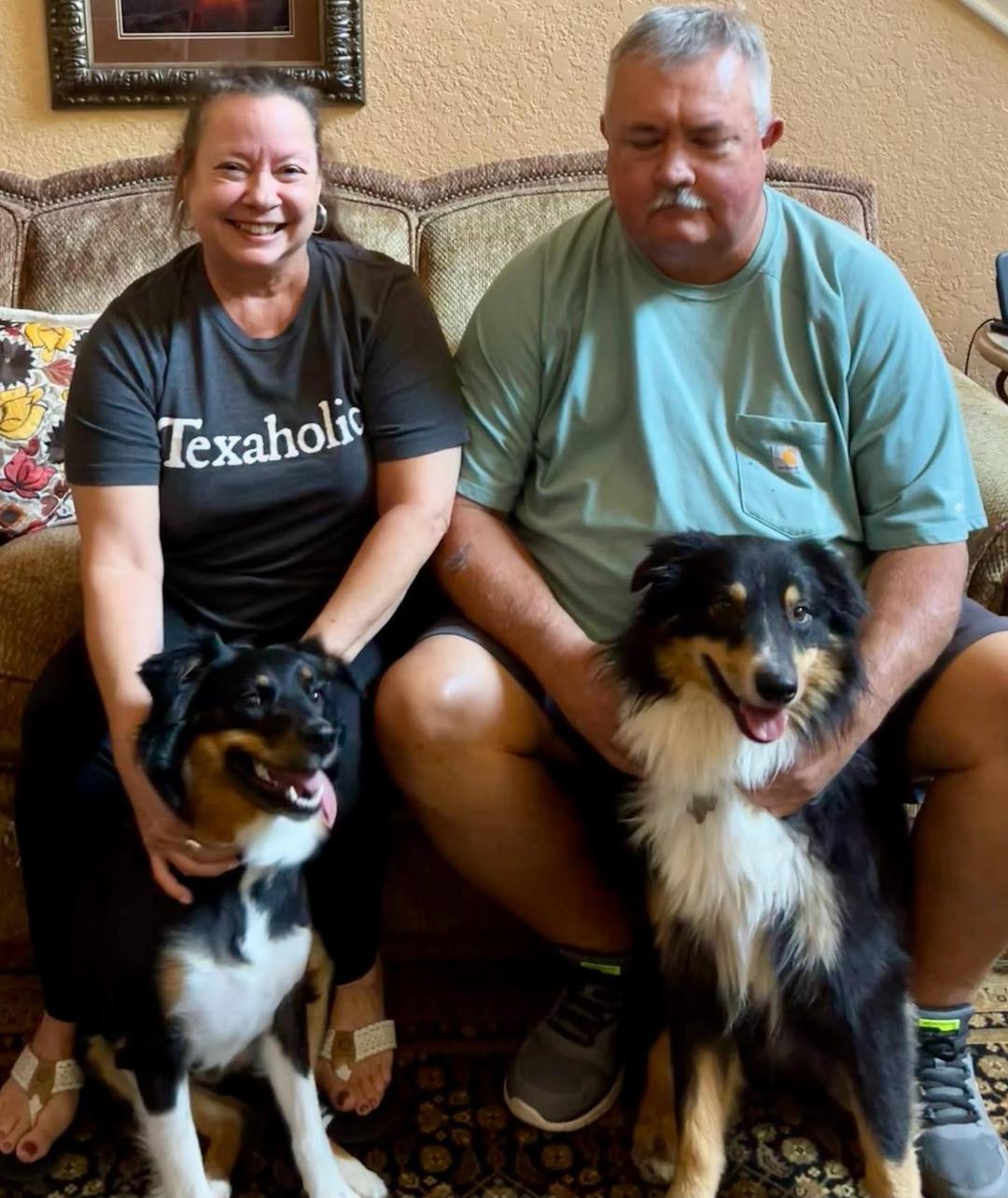 Future is over his heartworm treatment and has been adopted by the Wilsons. His Aussie sister and STAR 2021 Alumni, Lucy Black emphatically approves. They love each other already. Future came to STAR on a Pilot’s N Paws flight from Louisiana thanks to Terrie. and then was transported by Terry and Bob to his temporary foster home. Leslie and Trevor. Finally, he ended up in Georgetown with Amy and David who took extremely good care of him for several months. STAR does have amazing volunteers!

Future is a 45 lb. 2 year old Black Tri male.  Sweet boy and like “tonic” – mixes with everything.  Recently completed his heartworm treatment.  He is a handsome 2 year old male black tri. He is small-framed boy weighing only 40 lbs. He is housebroken and uses his crate as his safe space.  He is shy in the first few minutes of introductions, but easily warms up. Super relaxed and well-mannered, he easily gets along with other dogs and cats, though he DELIGHTS at barking at dogs who are out on walks a with their humans.  He needs some work on the leash as he cannot smell enough, fast enough, so he’s all over the place. But he is eager to please and corrects very quickly. He loves car rides and chasing his Aussie pack mates.  He is very lovable and has the sweetest face and smile.  He will thrive with a family that can give him a lot of time and love and will not leave him for long periods of time. He enjoys other dogs but would also be fine as an only dog, as long as he gets lots of attention and exercise.

Coming to Texas from the Louisiana SPCA on a Pilots n Paws flight, Future is fully vetted but will need Heartworm treatment..He will be evaluated and treated in Georgetown..and should be available for adoption around the end of May..