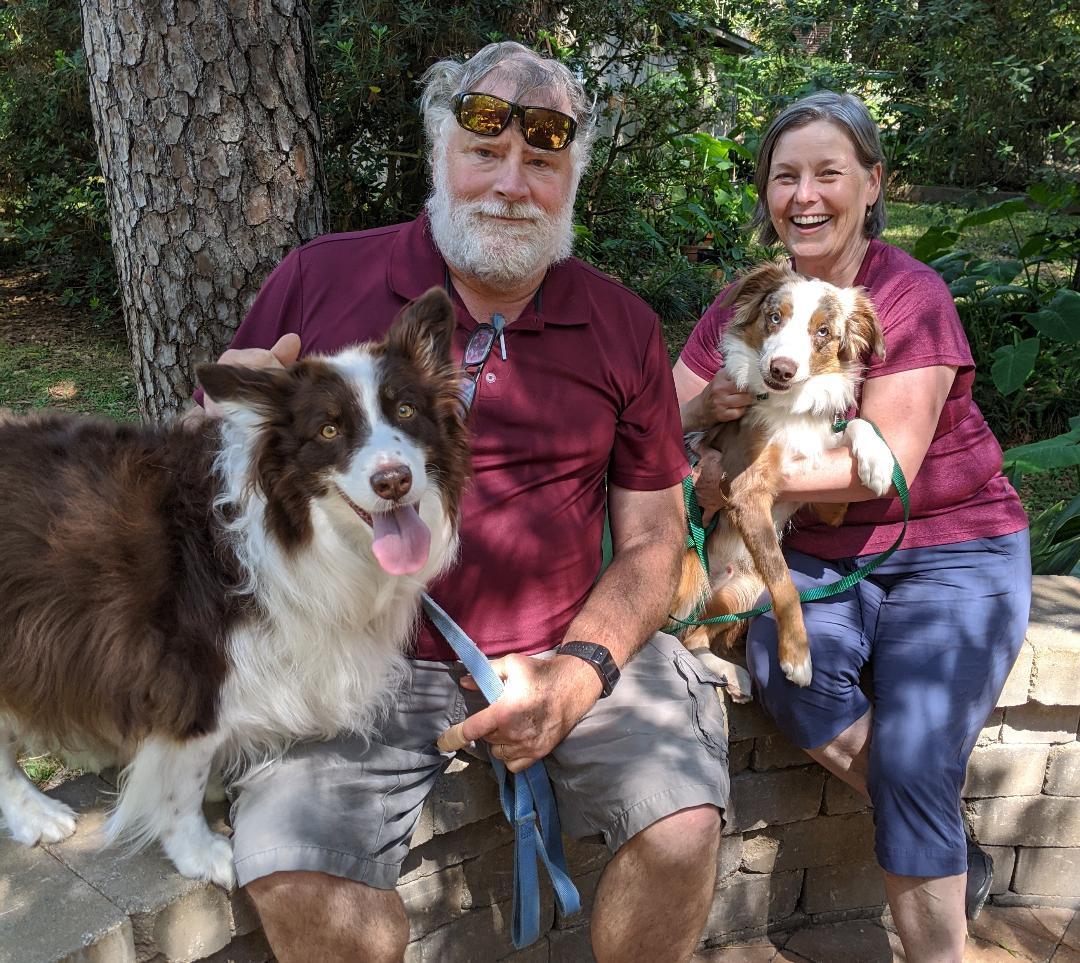 Finley has had a hard journey and it’s not over yet.. Past adopters, John and Pat are more than willing to do whatever else he needs to get him walking and playing again.. Leena, Class of 2014 has agreed to help.. Many, many thanks to Tony and Jennifer who have fostered and taken such good care of Finley..

Finley was found at MCAS with two broken front legs.. We think that he was hit by a car.. He is a red merle male just over 30 lbs. and approx. a year old..He has had surgery to repair his legs and is in foster care in N. W. Houston and is doing well.. We have no idea how long until he is available but two months would be the first of October..

Applications for Finley will not be considered until he is healed and ready to adopt..