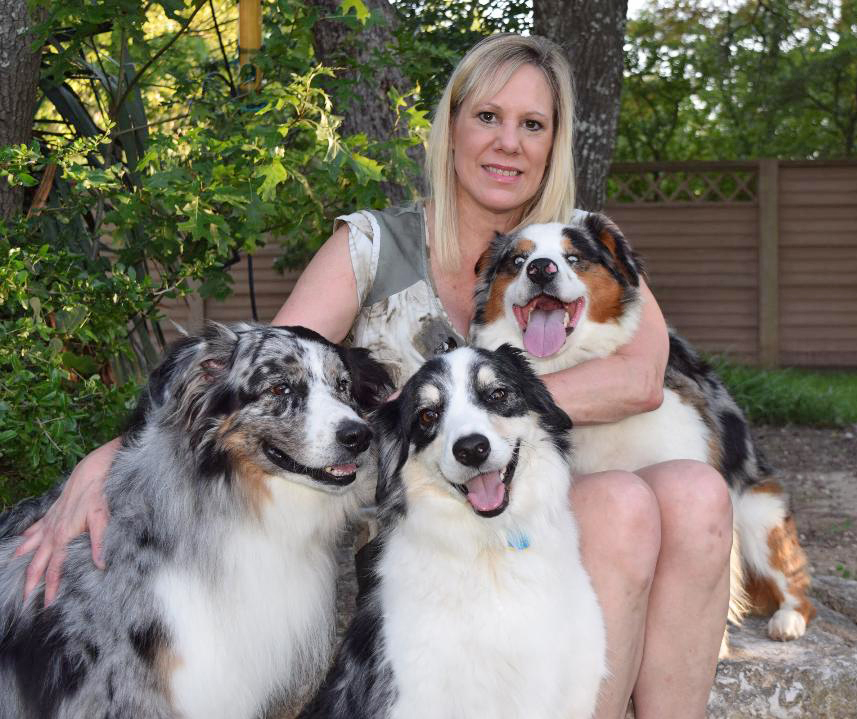 An armful of Aussies. l.-r. Colt, STAR Class of 2015, Rocky and now Scout.. Kris and David fell in love with the foster dog, Scout and his quirky personality. An additional bonus is that Kris is an eye care specialist. Many thanks to those involved in transport .. and to Trina for making the arrangements and mostly to Kris and David, Scout’s foster and now forever home.

New Dog Scout Blue, STAR # 1413
Eleven mo. old and nearly 40 lbs. from the shelter in Abilene., Scout has a small eye. We will get him vetted and his eye checked out. Foster home is in Austin. He should be available near the first week in August.

UPDATE Scout’s foster family has decided to keep him. He will be vetted and then adopted. He will have a STAR brother.