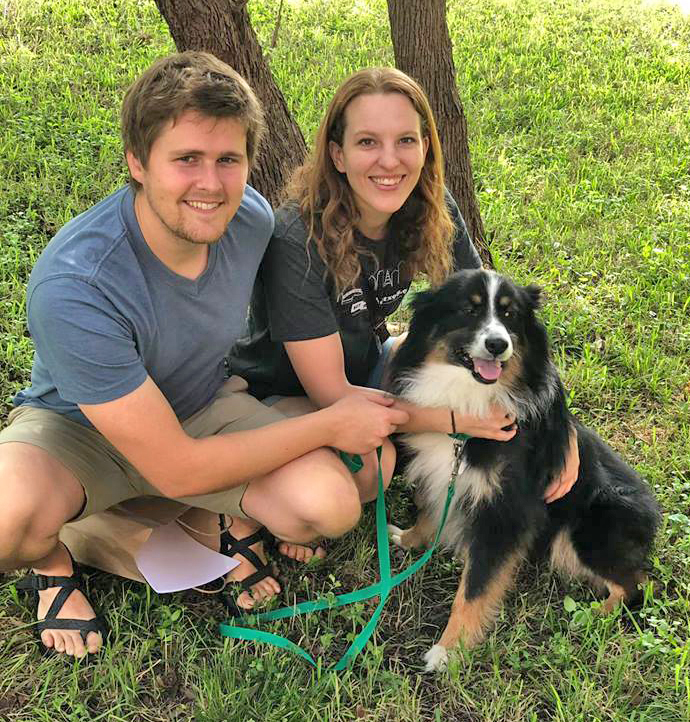 Skinny and neglected and found abandoned in a yard. Brought to STAR from the Vermilion Parish shelter, Blaze is an amazing little guy. He has learned so much in his foster home and is ready for his forever home with the Ellis family of Austin.

Blaze is a one year old black tri male from the shelter in Vermilion Parish in Louisiana.. He came to STAR malnourished and neglected.. Everyone who has met this little guy has loved him.. Here is what his foster mom has to say about her time with Blaze..

Blaze came to us as an emaciated, scared little guy. He was easily 20lbs underweight; he literally felt like skin stretched over bones. He’s still on the thin side, around 10lbs underweight, and still eats like it’s the first meal he’s had in forever. Despite his starvation, you can stick your hand right into his bowl and he isn’t bothered. He even eats right next to four other dogs and there are no issues. He sits for treats and (sort of) waits his turn for his morsel. He’s also learning to sit and wait to be released to eat, and sometimes we hide his bowl, just to build some more excitement.

The best part is his true personality has shown through since day 1! No matter where he goes, he makes new friends, whether two or four legged. He takes corrections well, whether just an “Ah!” from his foster parents, or just a curled lip from a Chihuahua. He even ignored the very nosy cat at the vet clinic! He does chase after wildlife in the backyard, so he *is* a typical pup.

Of course, with his background, he does have some challenges. He’s learning to manage his sharp teeth. Typical Aussie – loves his food, and tends to take fingertips in his teeth if he’s not told “gentle“. Once reminded, he’s usually much better, but food = excitement so it’s a constant battle. J

Sadly, he tends to be very timid around new experiences and loud noises. A sharp “NO SIR” has him rolling belly up. He had rough handling in his past, and is terrified and stressed when putting on a collar or slipping on a leash or generally putting anything over his head. We’re working to change that stigma, using happy voices, lots of pets, and lots of delicious treats. He is adjusting, and responds quickly to positive methods. He recently went for his first walk on a harness, after several desensitization sessions. It was a very exciting and exhilarating world! Within 10 minutes he was checking in, walking loose-leashed, and enjoying the wind in his hair.

He’s currently living in a home with 5 other dogs varying from 1.5 years to 12 years and he gets along with all of them no problem. He loads into the car with great joy and is 100% housebroken! He’s the perfect houseguest and snuggle buddy! But don’t take my word for it, you’ll have to meet him to prove it to yourself.”

If you would like to meet Blaze, please go to the website and submit an application or if you already have one, please Contact Us. As always, we will be looking for the best match for this guy. His foster home is in Austin.