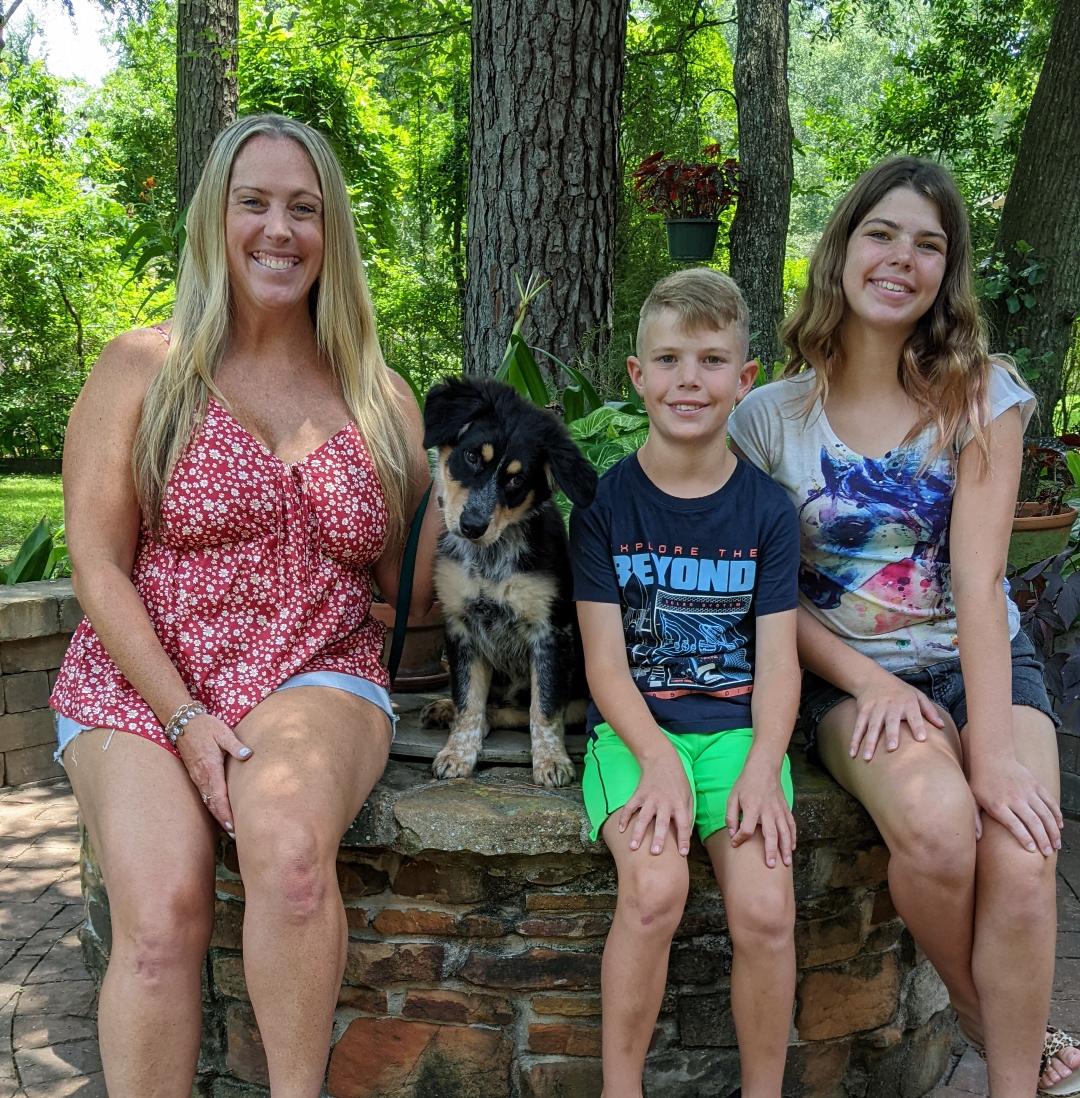 Stormy, our handsome little brave, fearless, and adorable guy was adopted by the Trisdale family. His family is so excited to have him and have already filled their hearts with joy and laughter. Stormy was pulled from MCAS – thank you to Don and Lynn for picking him up and being a temp foster, to Patti for the home visit and to Deb for fostering.

Storm Trooper (Stormy) is a rough -n- tumble puppy.  Curious and mischievous.  He’ll chew on anything left in his reach and potty training is coming along well – still in the puppy stage!  Smart and learns quickly.

Eats like a champ and sometimes puts both feet in the water bowl when he drinks.  Sleeps in a large crate quietly at night and will kennel into the crate during the day with a treat.  Not happy in the crate as he wants to be on the move!  Loves other dogs and favorite way to spend his day is to chase and wrestle with them.   Pulled from MCAS as a stray.  Cutie who provides non-stop entertainment!

Ten-twelve weeks old and 12 lbs. … male black tri puppy found at MCAS.. He will be vetted, evaluated and fostered in League City.. He will need puppy shots before he can be adopted.. Most likely around the middle of May..

Callie Sue was an owner release for being “too much” puppy for her elderly owner.  This sweet little bundle of energy got lots of love, training and care in her foster home an...

Ozzy, our handsome red boy caught the eye of a long-waiting and patient adopting family who was looking for the right dog to come along to join their family.  Ozzy is now a member...

Future is over his heartworm treatment and has been adopted by the Wilsons. His Aussie sister and STAR 2021 Alumni, Lucy Black emphatically approves. They love each other already. ...

Winchester was adopted by the Soucy family in Austin.  His new family is an active, retired couple who were looking for the right Aussie to join their home after the loss of their...

Basil, our handsome young puppy was rescued from the LaPorte shelter after an owner release who said he had "too much energy" for her.    His foster family immediately fell in lo...

Dolly was an owner release for chasing the cats and being “too much”.  She’s smart and active – and caught the eye of the Gellerman's.  This dog savvy family has fostered...

Our blue eyed stunner has been adopted by Cari.. This is her third STAR dog. He will be an only companion.. worshipped and adored.. Thanks to Terry for picking up Mel and then keep...