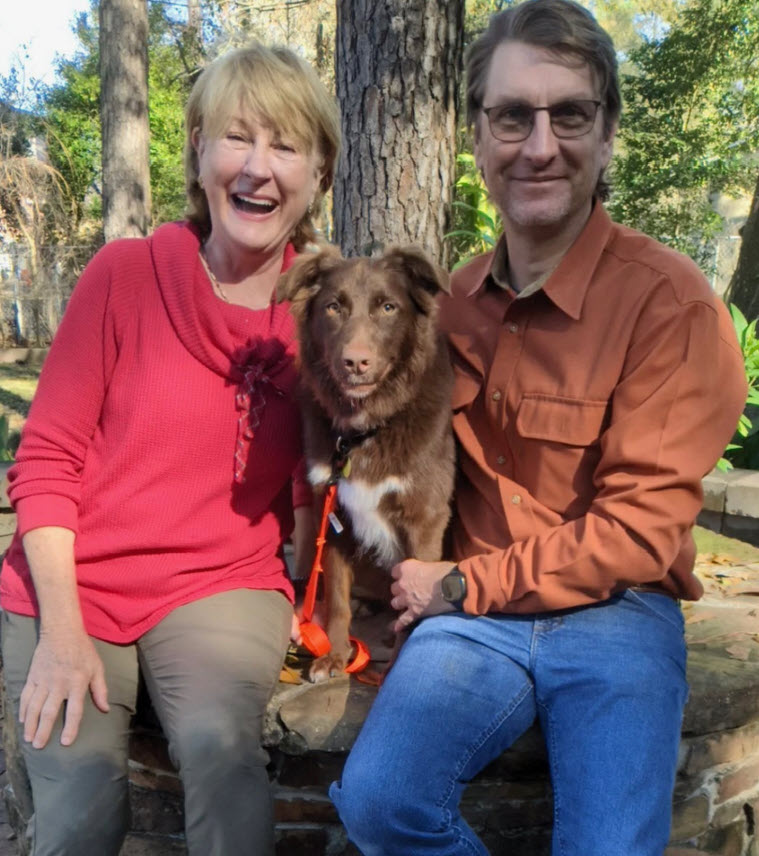 Delta Red has been adopted by the Yeagy family.  Delta’s new owners are a great, active couple and Delta will be their only dog, for now. They love to travel between their home, the beach, and ranch-land and wanted a dog that they can take with them on their travels. We love this dog savvy family and are excited to see updates on how this handsome young puppy matures. Thank you, Kerri for a great foster job and Carey for the home visit.

Delta Red is a charmer!  He still has some puppy tendencies as he’s only around 9 months old and around 40lbs.  He was released to STAR by a family that didn’t have time to work with him – but he’s such a smart boy and an eager, quick learner.   He’s sweet, gregarious, loves to be around people, and of course play!  His leash manners are a work in progress, but he knows several commands.  He is an enthusiastic greeter of new people and loves to chase squirrels.  He gets along fine with the fur crew in his foster home but is not cat tested.  He loves to be outside and is learning how to play with toys.

Delta Red will thrive in a household with lots of interaction with humans.  He could be an only dog with an owner that is willing to train, walk, and play with him, but would also fit into a home with other dogs.

This precious red male puppy is Delta.. He is approx. 35 lbs. and 8 mos. old.  He is already neutered but will be further vetted and evaluated by his foster home in Houston.. Delta should be available for adoption around the end of November.

Dasher was adopted by long-time STAR alumni and volunteers Polly and Jose.  This will be their 3rd STAR dog and Dasher now Harper gets a fur buddy with Scout, and a wonderful, lov...

Basil was adopted by his foster home where he quickly captured their hearts.  This handsome young puppy has had a lot of change in his young life from being at the LaPorte shelter...

Luke has found a new, wonderful home with Frankie.  He gets to be an only dog and will enjoy all of Frankie’s time and attention.  Luke’s new Aussie-savvy mom has lots of fun...

Bo Jangles was adopted by Melinda and will get to live a fun life as her only canine companion, for now!  Melinda was really missing her previous dog, Jack, and was ready to give ...

Oliver Red was adopted by the Shoope family.  He gets a new fur sister, Ellie who is a 9yr old Border Collie mix, and an active life ahead of him with walks, frisbee and playing a...

Thatcher was adopted by Patrick and Kristine. Thatcher joins a crew of fur buddies including two older dogs, Roxy (Aussie) and Zamboni (Greyhound) – and a young Husky playmate, C...

Scout was adopted by the Patrick family.  He’ll get to live a great life with lots of land to roam, getting to visit ranch land in Kerrville, and family in Ruidoso.  He’ll be...

Smoke came to STAR after his family moved to a small home to care for an elderly relative and there was no place for him.  In addition, he was positive for heartworms and needed s...